Anne Köhler, a young writer from Berlin, was the first recipient of a HALMA grant to come for a two-month stay at Cetate. She published her first book this year (2010) and we are happy to be part of her story now. 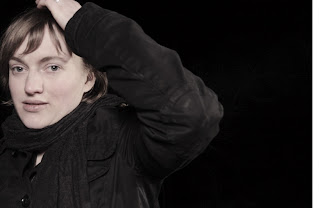 Anne Köhler short bio:
born 1978 in the middle of Germany, lives and works in Berlin.
Short episodes in studying architecture and history of arts. Finally she studied cultural journalism and finished with a diploma at Hildesheim University in 2006.
Since that works as a writer, waitress, editor, cook, columnist (Süddeutsche Zeitung) and much more. She wrote her first book about these experiences. „Nichts werden macht auch viel Arbeit“ is published in August 2010 at DuMont Verlag (ISBN 978-3-8321-9591-5).