Translators in the Making, a project coordinated by Florin Bican and initiated by the Romanian Culture Institute in 2006 as part of the larger ‘Translation & Publication Support Programme’ had its first ‘taste’ of Cetate. It then returned twice more in 2009.

The project consists of 3-month long scholarships given to students of the Romanian language from all over the world who have a desire to become literary translators between their native languages and Romanian. In 2008 there were invited students from Portugal, the Czech Republic, Poland, the United States, Italy, and Croatia. 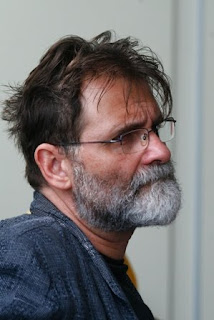 Florin Bican, one of the most intrepid and passionate professional literary translators in Romania (Florin translated countless Romanian, German, and English authors) considers translators should be dedicated not only to providing good translations but also to promoting the authors they love and believe should be translated. His confessed ambition is to ‘train foreign students of Romanian to be literary terrorists’.

Under his supervision, the recruits are exposed to Romanian literature with a view to translating it into their respective languages and being sent home to subject publishers to ‘textual harassment’ until they see their translations in print.